Barcelona recorded a huge, impressive win on Saturday against in-form Sevilla, winning on the road, 2-0, to pull within two points of La Liga leaders Atletico Madrid. Lionel Messi and Ousmane Dembele each recorded a goal and an assist to dominate one of the strongest defenses we’ve seen in Europe, as Julen Lopetegui’s team hadn’t conceded to a Spanish opponent since mid January.

Barca were the stronger team throughout, bouncing back from some rough displays, including the 4-1 loss to PSG and the 1-1 draw with Cadiz. This win, combined with the 3-0 win over Elche midweek, has Ronald Koeman’s team with some serious momentum moving forward. The win was one of Barca’s most impressive, if not the most impressive, performance of the league season. The visitors managed to jump rival Real Madrid for second place with the three points, while holding Sevilla to just two shots on frame.

GK – Marc-Andre Ter Stegen
Made a couple saves but didn’t have to deal with anything overly difficult. Only had to worry about seven crosses as his defense stepped up.
Rating: 6

DEF – Oscar Mingueza
A bright spot at the back. His tackling was strong, he recovered the ball well and played with a physicality that really set the tone.
Rating: 7

DEF – Gerard Pique
It’s been a rough few weeks, and luckily for him, he wasn’t tasked with much. He was very good in the air but didn’t record a single tackle, going off 67 minutes in.
Rating: 6

DEF – Clement Lenglet
Did a bit of everything against his former team. He tackled well, cleared well, recovered the ball with ease. If anything, he was beat in the air more than he probably should have been. Positioning is still a concern.
Rating: 6

DEF – Sergino Dest
More of a threat going forward. Hit the bar with a good chance from close in the second half. His passing wasn’t all that sharp, but he did well to find space down the right.
Rating: 6

DEF – Jordi Alba
As usual, the best of Barca when talking defense and attack, but this time as a midfielder. Not only did he have a team-high 10 recoveries, he got forward well, even into the box at times, and he nearly got an assist to Dest.
Rating: 7

MID – Frenkie de Jong
Created more danger than anybody else in the side. He really distributed the ball well and looks more and more confident in the team. His role and importance is increasing, and he’s delivering. He just needs to not by shy about taking a few cracks of his own.
Rating: 7

MID – Sergio Busquets
A tidy performance from the veteran. He passed the ball with top precision, completing 91.5 percent of his passes. It wasn’t flash, as is the case with him nearly always, but his positioning to receive the ball and quick passes into space were great.
Rating: 7

MID – Pedri
71 minutes of next to nothing. He just wasn’t involved much, touching the ball just 39 times. The opportunity to make a big impact didn’t really present itself.
Rating: 5

FWD – Ousmane Dembele
That was more like it. He really looked good, scoring a quality goal off a good run in the first half before his nifty assist to Messi helped set up the second. He didn’t have a lot of chances to make an impact, but he took both of his best ones well.
Rating: 8

FWD – Lionel Messi
The star as always. Messi was sensational and could have scored multiple goals. But his assist to Dembele to split the defense was perfect, and he took his chance so very well. A huge win, and he’s the reason.
Rating: 9

SUB – Ilaix Kourouma
19 minutes for the youngster, who gave this team a boost and helped create a chance. One to watch.
Rating: 6

SUB – Ronald Araujo
Short appearance off the bench for the Uruguayan.
Rating: N/A

MANAGER – Ronald Koeman
Some result. His team responded well, dominated and could have won by more. Now the goal is to continue to motivate and get them ready for the home stretch. Jordi Alba in the middle had its benefits, and he deserves from credit.

Five Reason why you should buy life Insurance

Among Us New Axey Mod 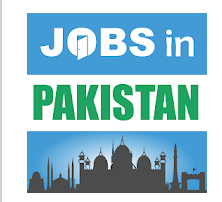